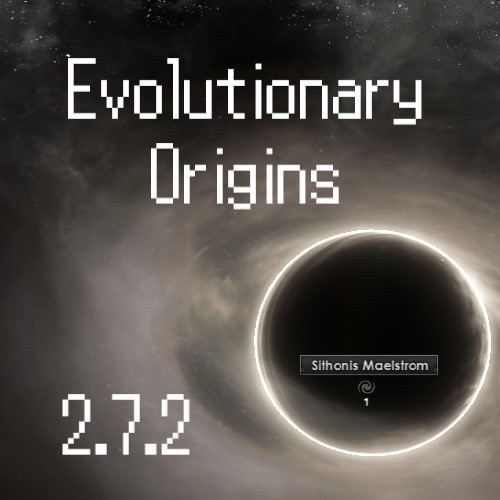 This mod adds 7 new origins to Stellaris. These origins are as follows.

Origins Requirements: Can not be hive minded or Fanatical Xenophobe.

With the Pre-Sentient Cousins origins your empire starts with 3 randomly generated pre-sentients pops living on your planets homeworld. Pre-sentients based events may occur on your homeworld, and with the right tech you can uplift them. You can also exterminate them if your that kind of empire.

Are you the kind of player who loves purging? Do you love purging so much you build your entire civilization around it? Do you hate that you have to go out in the galaxy to find xeno scum to purge? Well do I have the origin for you.

With the undesirables origin you can customize a perfect secondary species to purge from the galaxy. 4 of them will spawn right on your homeworld right at the start of the game. Work them to death or cook them into a tasty snack the choice is yours.

Your civilization starts on a Tomb world with the tomb world habitability. It seems that the first species to evolve on this world nuked themselves into extinction. Luckily the radiation mutated a few animals and gave rise to a second civilization.

Do you think its unfair that machine intelligences can start on a machine world, but hive minds cant start on a hive world? Well this mod fixes that grave error. With this mod your hives homeworld will be a hive world ready for use by your perfectly crafted hive mind.

Want to start your civilization on a shiny metal planet without all the rust of a relic world? Now you can. With the ecumenopolis world origin your civilization will have a head start on the galaxy. With there homeworld being a giant city planet in its prime. You will also have an arcane reactor that provides for your needs.

Origins Requirements: Must be democratic, can not be any kind of xenophobic, can not have the police state, citizen service, or Byzantine Bureaucracy civics.

The escaped slaves origin was heavily inspired by the cut escaped slave origin. This origin does the following.

Gives you a habitability, happiness, and stability bonuses on your homeworld for the first 20 years.

Creates a slaver empire somewhere in the galaxy. This empire have a -1000 opinion of your empire, and have small start of game bonuses and slave output buffs on their homeworld.