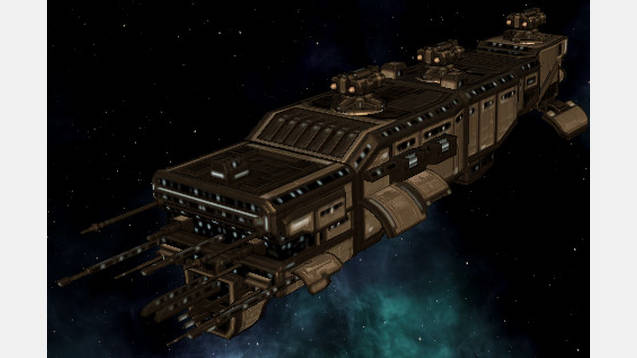 Over 50 subs. Thank you very much, I hope everyone using it is enjoying the little detail it does.

Edit 3/9/2017 7:25 AM:
Works for all vanilla ship turrets and plantoid turrets.
Any Dlc shipsets created will be included as well after I purchase them which will be fallowed by an update to the TL:DR.

TL:DR Ends here. Rest of the description below for those who dare read on.

Combat in Stellaris, while lacking in tactics, is rather entertaining to watch.

If you like to watch the combat that is. But if you stare into the void the void stares back and then you relize that the double barreled cannon always fires out of just one of the barrels.

Or how small missile turrets look like they should act more like rocket pods instead of firing a single missle.

I really like the different looks to the different sizes of turrets. But once I noticed that issue I decided to mod it out and upload it for anyone else that decides they dont like how it looks to.

I would much rather get each barrel to fire a shot and change missiles to fire in bursts but I lack the knowledge of how or if either of those are possible.

So heres my bandaid fix for that.

Other things ive done in this mod:
Set Autocannons to use enlarged Point Defense Turrets because they look like miniguns.

Enlarged Kinetic Artillery to be a bigger turret than regular large drivers.

I was going to fix up some turrets on titans in ISB DD but cant tell if some locations are a mistake or if the maker wanted them there so left it alone.

I was going to fix up the turrets on custom ship colors (like Dark Mammalian) but there is such a huge number of them.

If you request for me to fix the turret position and sizes for a certain/s custom ship color set then I will (probably) do it so request away.

Side notes:
Missiles still dont look very “right” considering most of them with exception of fungoid are dual launchers with a missile coming out of the middle instead of either of the missiles. But I didnt want to make everything just a single turret.

Reptilians and Molluscoids actually use the large version of their turrets instead of the small as they tend to loose barrels as they go.

Arthropoids Non Missile Turrets where left alone as they go up in size with a single barrel. Either the multibarreled turrets should fire out of each barrel or all turrets should be redesigned with this in mind. IMO

There is also a “Lite” version of this mod that just fixes the 4 turret positions and leaves turret sizes and looks alone for those of you who mind enough to want your turrets in the correct spot but dont want to loose the variation in size looks/dont mind seeing the Left Cannon of a double barreled cannon fire over and over and over again lol.

Please notifiy me of any compatability issue although I would expect there not to be any. Although to get the Autocannons and Artillery to use their “enhanced” models I did have to alter the whole of the 00_weapons_projectile.txt. While I dont see why any other mod that does the same would conflict in a way that it crashes, it is possible for mine to overwrite theirs and remove their changes or theirs to overwrite mine and revert the 2 “enhancements” back to normal.

Unless Paradox fixes these issues themselfs (either redoing the weapon effects or remaking all turrets to be single barreled) then this should always be compatabile. I figure this would technically still be compatabile in the “not cause crash” way though. Just then you would have weapon effects coming from no where and/or old turret designs replacing newer better ones.