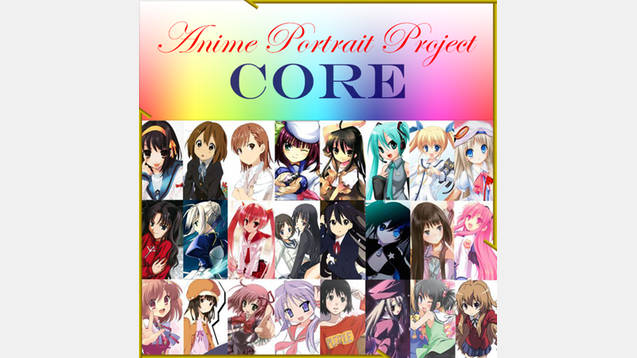 This project aims to consolidate all the different anime styled portrait mods on the workshop into a single portrait set. UPDATE: There are so many anime portraits on the workshop now that in a addition to the full portrait set there is also a Human, Monster, and Mech portrait set available.
Since I don’t want to redistribute portraits other people made for logical reasons, you will need to install any supported mods you wish to use the portraits of. For this reason, this mod is divided into several modules. After installing the core module, portraits are added by installing the original mods and related extensions for this project.

Not achievement compatible.
Working on version 1.6.0

Alternatively, if you want all the portraits, subscribe to the entire Anime Portrait Project collection with the ‘Subscribe to all’ button.

Features in the core mod:
* An few empty portrait set, listed as ‘APP – Human’, ‘APP – Monster’, ‘APP – Mech’, and ‘APP – All’ in the empire builder.
* A custom japanese/anime themed namelist, named ‘Japanese (For APP)’:
— Japanese names for ships, fleets and planets.
— Anime character names for people.
— Sequential names using Japanese for fleets, frontier outposts and armies. These are most likely not translated correctly.

Extra Extensions:
* A mod to restore the original loading screens and leader rooms which are modified by some of the supported mods. Also disables the Animaris and Harem Planet music.
* A mod that disables random galaxy generation for all the supported mods. This does not disable galaxy generation for the entire portrait pack or for custom species. The idea behind this is to prevent having a galaxy full of ‘partial’ anime empires even though you already have a ‘full’ one. If you do want a specific portrait set to spawn you can make a custom species for it.

Please notify me if I have missed any anime portrait mods, the Steam workshop is a very big place.

Please send me any screenshots showcasing this mod during gameplay if you want.
I also need some good ideas for random species/planet names.