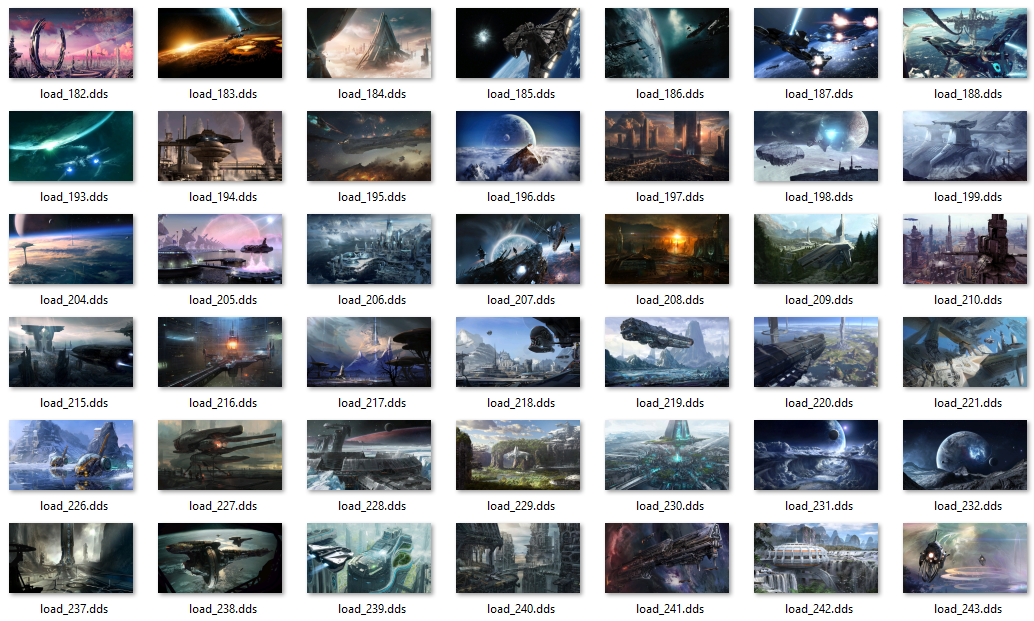 Eriduan’s graphical enhancement collection of currently 18 mods
This is a collection of mods from different authors. Listed below. Also there is at least one original mod I’ve created.

Why it is necessary?
It is not. You can have those mods all distinctively separated, OR with this simple mod, you can be able to turn them on/off by a single click at your mod manager. This is especialy good for begginers, if don’t want to alter the vanilla game too much, but still if you think that something more there should be. E.g more loading screens, more flags, more colors. Etc. So it expands the existing stuff, but does not influence the core gameplay. Except only a single mod that modifies the demotion time for unemployed pop..
If you have this one, you will not need to have included mods on your drive. But that is obvious.
I’ve tested all mods. They worked togehter with no problems.

Downscale of unemployment time to 1/10? Wait what? Why?!?

The pop demotion time is set for 10 years and 5 years in the vanilla game. That doesn’t make sense. Nobody in clear mind would not want stay at home or unemployment for more than a month. And even more if there would be a free job somewhere else. So what if that new job would mean worse job, condition or worse salary?
Then, you would stay unemployed until all your savings are spent. Afer then you would just want to survive. And you would took even the worst job just to have money. And usually people does not have so huge savings that they can stay home for a half a year. Okay? No? Good for you. What? Under the bridge? So, what if you would want to stay homeless and unemployed altogether? Yes that is a valid argument.

At first, what does the number next to the POP means? 1 pop in the game means for me a representation of 100 000 000 civilians. Every number is a representation in the game, for me. Besides that, big numbers would take more computer time to be calculated in a big tables.
So why it is important?
Because Earth can have a capacity slightly over 10E9. In Stellaris game mechanics language the 1E9 civilians means 10 pops.
If the planet have a capacity around 80 pops it means 8E9 civilians. Make sense?
So having the same 100E6 civilians or 1 pop unemployed for longer than a year is â™¥â™¥â™¥â™¥ing nonsense.
Therefore I am for downscaling the ridiculous 10 years just to 1 year. And 5 years to 6 months.
And that is a maximum number for lazy months that 100 000 000 same civilians would do nothing for themselves. Even that is already quite pulling by the hair. Would you stay at home for more than a year unemployed? I did and it was crazy.
In reality, the unemployment period is not static for the same people. The duration and absolute numbers fluctuates. And that is still implemented in different game mechanics. Amenities and happiness and maybe more. If I understand it well.
Therefore I don’t count the downscaling of unemployment duration time as a major change in the core game mechanic, that is not acceptable as enhancement.

This compilation contains almost 200 loading screens, which doesn’t replace the originals. For sicher I’ve added the originals too. Around 100 are directly from stellaris and the rest are sci-fi epic too.

# Actually, I wanted to include the screens from Diverse Rooms. That was my original idea, but those pics are small around 900 x 300. And for full screen loading pic must have 1920×1080 resolution. If somebody have a nice set of Sci-Fi and stellaris lore compatible pictures, we can arrange it and include it in this mod.

# I wanted to change the “system search” “F” into “H” hotkey – but it is still not working,
# here is the link for the topic in the discussions, if you want to help me. thx:

But if there is someone who knows how to change other hotkeys, e.g. those I replaced by {fxc} buttons, then I really want to know how to do it, cuz I want to change original {zxcv} to {nm,.}. And it is not so easy as I thought.

My collection mod include those mods:

Flags in the void

Shortkeys or hotkeys redefined by Eriduan

Many thanks to every single mentioned creator for their avesome mods. All credits belongs to them and of course to the original authors.