Homeworld Apocalypse Start For for Stellaris 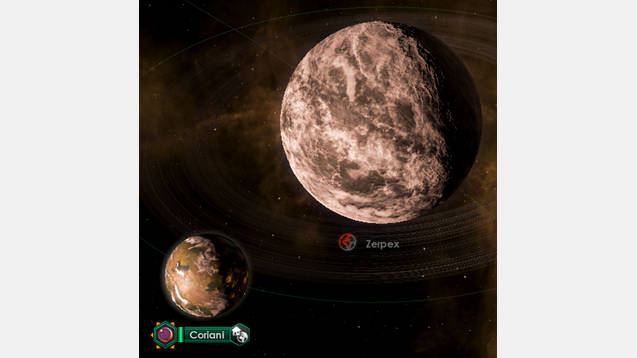 Homeworld Apocalypse Start For for Stellaris

This mod adds a chance that your empire will spawn on a moon orbiting a tomb world, the implication being that your species nuked their homeworld into oblivion and were forced to colonize their moon to survive. The moon you start on is significantly smaller than an ordinary starting planet, with no tile blockers but also fewer resources, so the start will be harder than usual and early expansion will be crucial. However, the upside is that once you get access to climate restoration terraforming technology, you can restore your species’ homeworld to its former glory (or alternately, simply re-colonize your homeworld in its nuked state) – and the homeworld has a bonus in that it will be anywhere from 21-25 tiles, making it quite a large and useful world!

NOTE: I know I said before that I could potentially make this a selectable start, but to be honest the reason I don’t want to is that you have to actually handcraft the system to make it selectable. I like the randomness of having this as a possibility, randomly generated instead of made by hand – if you want it as a start and it doesn’t pop up, you can easily reload the game and reroll your starting system – it has a one in five chance of popping up, and it only takes a few seconds to reroll (I should know, I had to do it a million times to test this in the first place, lol). If someone else wants to use the minisclue amount of code I wrote for this mod to make their own version that’s selectable, that’s fine, but I think I’m leaving it as is for now.

OTHER NOTE: I haven’t tested this yet on 1.6, but it should theoretically still work. If there are any problems after the update, just let me know!