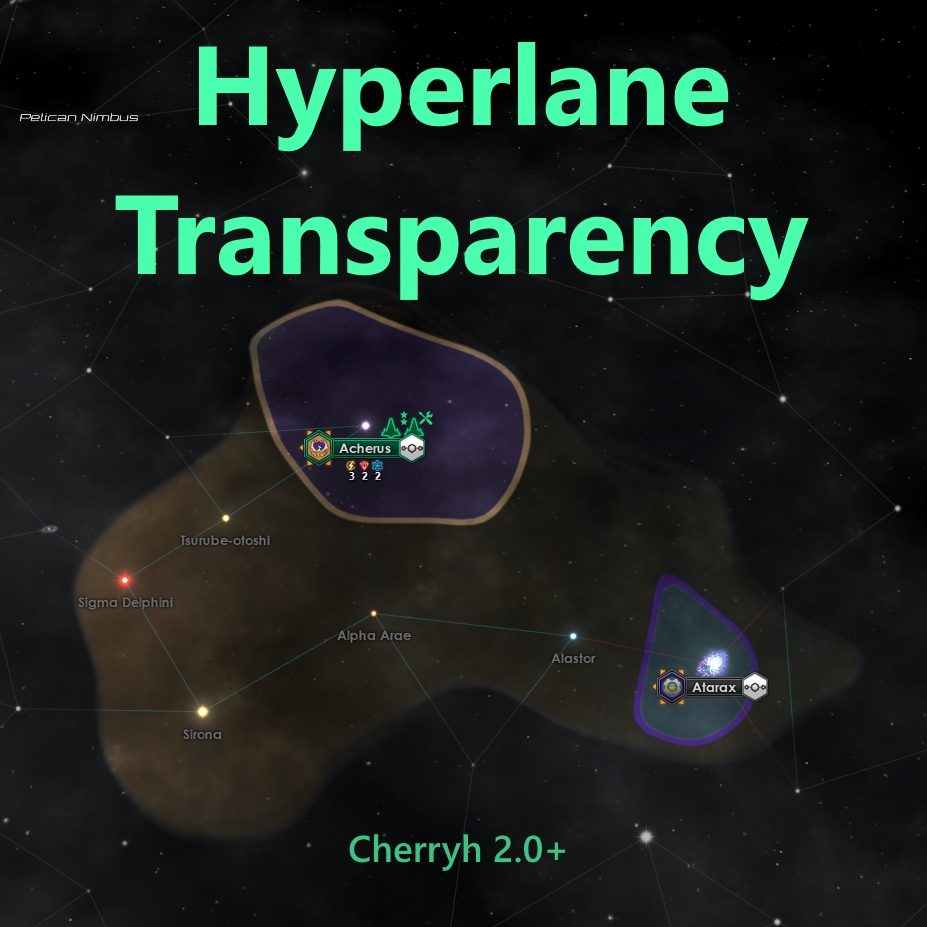 Uploaded for people still running 2.0 games (2.1 changed some of the hyperlane shader code so it’s not backwards compatible). Get the 2.1 version

Changes the hyperlane graphics to be more transparent / less glaring, while retaining the 2.0 feature of colored hyperlanes based on system access (closed borders).

If you use a custom galaxy texture that is significantly brighter / more colorful than vanilla (such as ButtJunkie’s ‘Epic Galaxies’ textures), I suggest using the Lite version of this mod which is designed with the brighter textures in mind.

I also suggest using the Lite version if you’re using a mod that adds star systems to the galactic core, alongside a mod that dims the core, otherwise the hyperlanes inside the core will not be visible.

Compatible with any mod that doesn’t change gfx/FX/hyperlane.shader (99.9% of mods).

The other mods mentioned above can be found here (ButtJunkie’s mod collection):

All images taken using the default / vanilla galaxy texture. Other notable mods used in the images are by Impyrium and by Tal’kamar.

Thanks to ButtJunkie for his mod , which this is an updated version of.