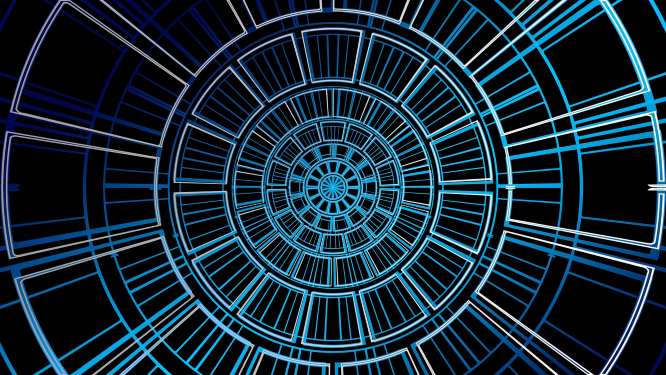 This is a fork of another AI mod of mine, that is intended to create the galaxy filled with progress, expansion and technology.

This mod will improve AI economy, technological choices, ship design and everything I was able to find to be moddable.

The intention of this mod is to use all the fallback and economy management improvements of my first AI mod, Starnet, but focus much more on the technological and expansive side. AI will prefer to expand and grow cooperatively instead of joining the arms race (at least at the start of the game) and this change will have long-lasting consequences.

How is this different from Starnet?

Military is expensive in Stellaris. To command a substantial military you need to employ dozens of extra metallurgists making alloys, mine a lot more minerals to make those alloys and have huge amount of technicians/clerks that will pay for an ongoing upkeep of this military. Because of this massive upkeep cost an empire with no military will have no problems outscaling an empire with military and very quickly, sometimes as quickly as 20 years be uncatchably ahead.

Any time two empires meet they end up in a prisoners dilemma, if they cooperate and avoid military they can grow more, but if any of them defect they can easily double their power for low cost. It’s impossible to tell how would an extinction-scale galactic prisoner’s dilemma be resolved, especially given the species differences and the resolution is the main difference between this mod and Starnet.

In Starnet all empires try to cooperate (avoid military) for some time, but eventually one of the militaristic empires will defect and start shipbuilding. After that is noticed all neighbours start their own militarisation to avoid being eaten and this creates a galactic chain reaction, eventually everyone defects and starts having a standing military. While this “Dark Forest” process is quite flavourful, unfortunately it doesn’t take human players into account too well. Very often human will continue being fleetless threatening to outscale the galaxy and this sometimes causes the Player to end up playing “Tower Defence” game which may not be what was expected.

Instead, in this mod nobody will defect for 40 years. This also has some amount of sense, it’s how a galaxy of superrational civilisations would act (even if they hate each other and want to destroy each other). This allows everyone to spend resources on expansion, science and frees the Player from the need to watch hordes invade the same chokepoint over and over.

So you’ve just disabled the war for 40 years, correct?

Not quite, the early decisionmaking of AI was also changed. Stellaris is a game with many actors, what is good and what is bad depends on how other actors act or are supposed to act. Investing in science in normal starnet could be a suicide decision, here it’s great. Building and expansion priorities are reworked to take it into account.

Yeah, not a fan, I have way too many mods I like to play with.

I agree, that’s why it’s not going to happen. While technically AI can declare wars in 2241, they rarely will (only genocidals sometimes did that in my test runs). More often than not the era of peace continues afterwards for some time.

Why don’t you do it country-by-country? So some countries will defect and some will cooperate?

What should happen if a cooperating country neighbours a defecting one? This question has two possible answers, either they try to defend themselves (and you get exactly what happens in ) or they don’t and it creates an environment where in the galaxy some AIs will be fed with corpses of the others. This will undoubtedly create some huge snowballed enemies, but I don’t think it’s fair if some AI’s entire existence is to serve as food for a neighbouring militarist.

I think 40 years of peace is too little/too much, can I change it? Maybe with a mod?

I haven’t found a good way to let you choose the time ingame, but it’s fairly easy to mod. If you make a mod that changes /common/scripted_variables/00000_starnet_variable.txt it will change the truce timer. That file should be self-explanatory. I think even if you force a silly trucetimer (150 years of truce!) the mod will still adjust to it well, provided you change all relevant values in that text file accordingly.

What settings do you recommend?

Try low difficulties at first (ensign/captain). Since AI is not going to fight anybody, sparse galaxies will make much more sense than a dense one (I was mostly playtesting with slider being at the center, so 6 empires for small galaxy should be a good guideline).

How to install? Do I need Starnet for this to work?

You don’t need Starnet, use this as a standalone mod, no need of anything else, just use this mod and it will all work.

When do you think a player would prefer this mod to starnet?